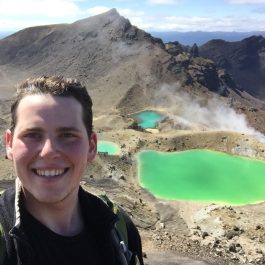 Quincy was born and raised in Chicago, IL, but now resides in southern California. He is a former Adventure Treks student, having attended two trips as a teenager. Before returning to AT as an instructor, he was a wilderness trip leader for Camp Nebagamon in Wisconsin, leading multi-day canoeing, backpacking, sea kayaking, rock climbing, and mountain biking trips for boys. He is fluent in Spanish and has visited an astonishing 30 countries. Quincy will join Adventure Treks for his first season as an instructor.