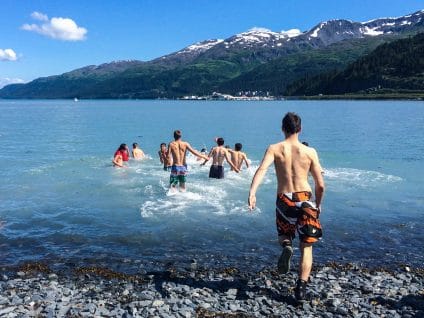 Adventure Treks is incredibly fortunate to work with the Charlie Wellman Memorial Fund. Scholarship recipients complete a financial aid application in addition to the Adventure Treks application, and funding is awarded to the most deserving students based on several aspects, including economic need and motivation. Scholarship amounts typically range from 20 to 50 percent of tuition cost; the amount awarded varies per year and by student. Additionally, not all trips will have space available for scholarship funding, so we ask that students remain flexible in trip choice. Each scholarship recipient is asked to earn a portion of their own tuition.

In order to be considered for a Charlie Wellman Memorial Fund scholarship, families must:

Scholarships are due in early 2023, and recipients will be notified individually by March. In addition to scholarships, Adventure Treks is happy to schedule a payment plan for tuition and deposit payments.

In April of 2005, the Charlie Wellman Memorial Fund’s (CWMF) namesake, a treasured Adventure Treks student, died in a tragic automobile accident. He was described by Liz, his AT trip leader as an amazing kid—a goofball, loyal friend, and an awesome community leader. For nearly a decade, Charlie’s love of AT has continued to shine through the scholarships provided to other students in his name.

“In the summer of 2004, Charlie was 16 years old. He did Bike Ride Across Georgia with one of his best friends, Nathan. They were largely un-chaperoned and had a great time. He was home for a few days and then left to do a 10-day backpack on Isle Royale in Michigan with his other best friend John and his sister Pam.

Pam is two years older than Charlie and, like him, loved to backpack. She organized the whole trip. Together the three of them spent 10 wonderful days hiking and camping together. After that, he was off to a wilderness camping adventure with an organization called Adventure Treks. This year, his trip was to Northern California, but in previous years he had camped and backpacked in the wilderness of Washington State and western Canada. He made friends around the country, and he had plans with all of them. He had spent a week at Christmas with friends from California, and in the spring he went to the British Virgin Islands with his friend John’s family.

Charlie was fun and funny, and he made friends easily. The summer of 2005, he was to spend 28 days camping, backpacking, and ice climbing in Alaska. He couldn’t wait. He was especially excited to go ice climbing on a glacier. His father and I agreed to pay for half of his trips, and he worked at a restaurant in Decatur to pay for the other half. All his plans came to a screeching halt on Tuesday, April 27, 2005.

At about 9:30 p.m. on his way home from work, he ran into a guard rail on Highway 78 and died about four hours later from head injuries. We will never know exactly what happened. He may have been driving a little too fast and lost control. He may have had a problem with the car. He may have gotten distracted. What we do know is that everything changed immeasurably for his family and his friends. 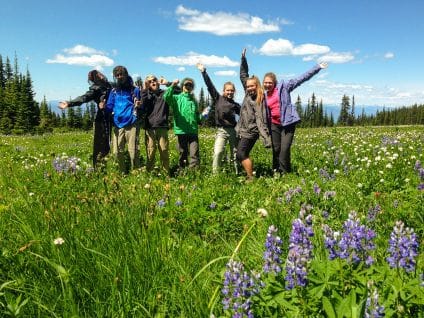 Those friends that went to Alaska had a very different trip than imagined. Many of them came from around the country to be at his funeral in April, and then went to Alaska without him and had another tearful memorial there.

If you were to meet them or his family or friends from Atlanta, you wouldn’t guess how much our lives have changed. You wouldn’t guess that we spend parts of every day crying and missing him, that two of his good friends, popular well-adjusted guys in college, came by in the months after his death to sit in his room and cry with me. They are amazed at how hard it is even years later… how much they miss him. Another friend that was also in an accident, struggled with a feeling of “survivor’s guilt” over her recovery. Two of his friends regularly went to the gym to lift weights with him, but now have been unable to go back to the gym together without him.

Periodically, I get emails from friends around the country that want me to know that they are just having a tough “missing Charlie day…” I am sure that Charlie never thought it could happen to him—he had too many plans, too much he was looking forward to. But it did. It happens every day.” – Mary and Peter Wellman

Donate to the Charlie Wellman Memorial Fund via PayPal

Scholarship applications for summer 2021 will become available in December 2021. Please email us with any questions.

Many of our families have payment plans throughout the year. If you’d like to arrange a payment plan, please email or call Amanda at 828-698-0399; please note that tuition must be paid in full by the start date of your student’s trip.