10 Things You Didn’t Know About Denali 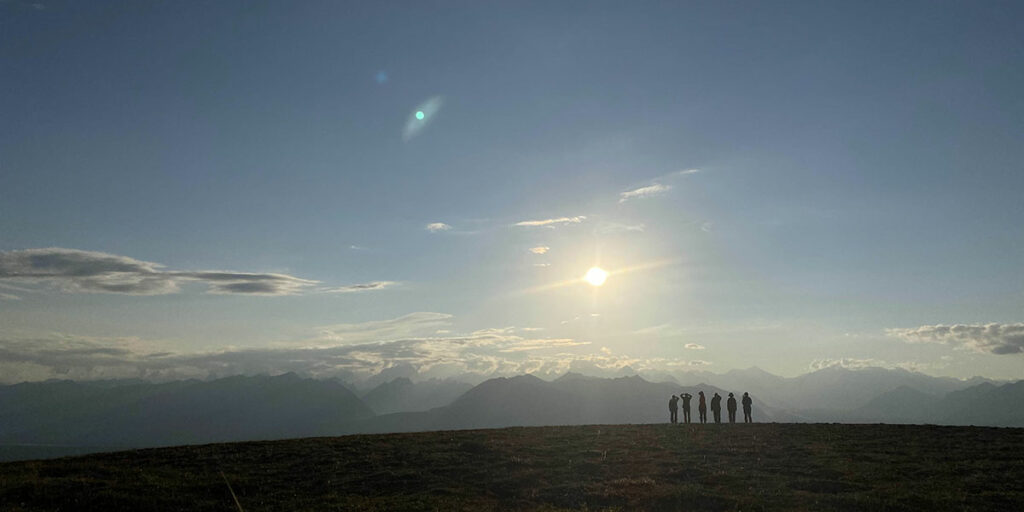 A select number of lucky Adventure Treks students have caught a glimpse of Denali, North America’s tallest mountain, on clear days during our Alaska Expedition. The mountain is located in the third largest national park in the United States, and the backpacking route used by AT students is within Denali State Park, just southeast of the national park. See more fun facts about Denali below!

1. Denali National Park and the surrounding areas are traditional lands of five indigenous peoples. All five are part of the Athabaskan language group and are traditionally nomadic subsistence communities. Summers spent gathering resources in hunting and fishing camps provided for winters full of storytelling, festivals, and other entertainment. Today, indigenous peoples make up about 15 percent of the residents of Alaska.

2. The south peak of Denali is 20,310 feet tall. That makes it the tallest mountain in North America, but on a global scale, Denali doesn’t even make the top 100 tallest peaks. Interestingly, Denali is a pretty topographically isolated peak, meaning it’s very far from anything else that can match its height.

3. Denali is derived from a Koyukon word for the mountain meaning “tall one” or “mountain-big.” It was not the official name of the peak until 2015; previously, it was called Mt. McKinley, after U.S. President William McKinley. Local and indigenous people continued to refer to it as they had for centuries, until enough controversy arose around the name that it was changed to reflect the mountain’s history. 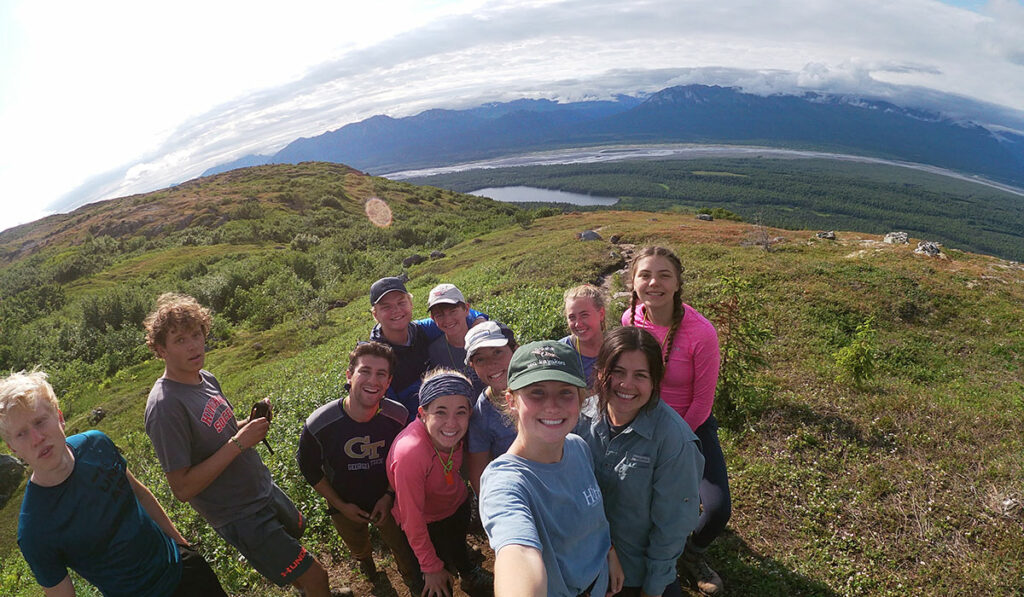 4. There are 160 species of birds, 39 types of mammals, 14 kinds of fish, and 1 amphibian species recorded in Denali National Park. Five large mammals draw most of the wildlife-viewing attention: grizzly bears, wolves, Dall sheep, moose, and caribou. Students who attend Alaska Expedition know that the Denali area is a good place to practice low impact travel so as not to disturb any of these neat animals. They also know that we take bear and moose protocol very seriously! (Though we typically only see these hulking mammals from a safe distance.)

5. Wait—only one amphibian? It’s the wood frog, a teeny-tiny species with the ability to survive harsh winters in the tundra by freezing solid. The frogs’ actual cells do not freeze, but everything between them does. Their hearts and lungs stop working, and the frogs “hibernate” until they are thawed in the spring. Brr.

6. There may be no reptiles found in the national park these days, but that wasn’t always the case. The first dinosaur prints found within the park were discovered in 2005, and since then lots of body parts, footprints, and bones have been unearthed. About four different types of dinos lived in the area, from winged pterosaurs to three-toed theropods.

7. Glaciers cover about 15 percent of the national park’s land, and in about 50 percent of the area, the soil is permanently frozen. This creates a tricky environment for large plants and trees, so much of the land, especially at higher altitudes, is tundra or unvegetated alpine environment. There are also plentiful lowlands where denser forests grow over centuries as glaciers retreat. 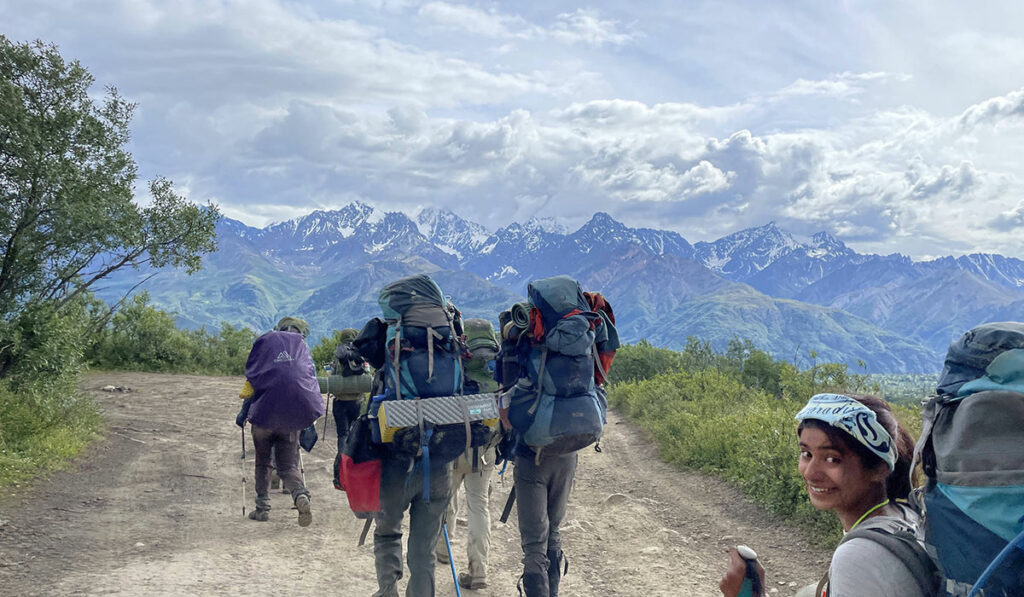 8. The aurora borealis, also known as the Northern Lights, is visible from the Denali area. The park sits on the same latitude as southern Norway–not far removed from the Arctic Circle. Due to the lack of development or light pollution in the area, the Northern Lights can be seen from almost anywhere around Denali, but many factors have to align to view a strong display. In the winter, the area receives as little as 4.5 hours of sunlight a day, making for very dark nights and better aurora viewing. In summer, however, our Alaska students see about 22 hours of daylight. Yes, it takes a few days to adapt to sleeping when the sun merely sits lot on the horizon!

9. There is only one road in the entire national park, Denali Park Road, which is 92 miles long. It is opened on a lottery system that allows a very limited number of cars through each day in order to minimize human impact on the wilderness areas of the park’s interior. This helps Denali retain its beautiful wilderness setting.

10. In the winter months, deep snow covers the ground and sunlight is extremely limited. In these times, the park is patrolled by a staff of rangers with sled dogs! The dogs’ kennels are one of the most popular places to visit within the park, and there is even a live “puppy cam” available for watching new pups grow and train to become winter-season park rangers.