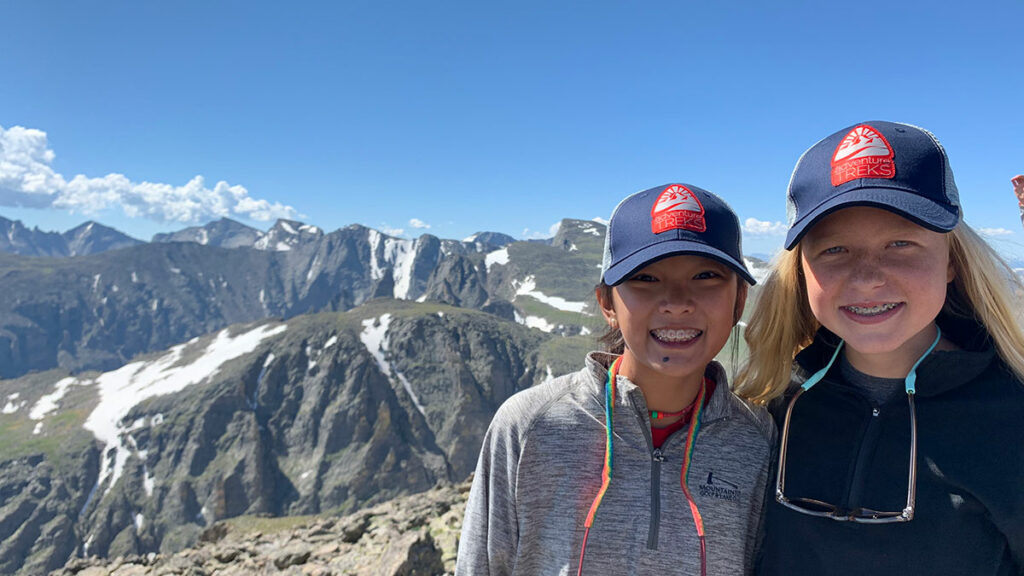 One of the neatest things about Adventure Treks is the places we get to visit. In all of our backpacking areas, we have permits from whoever owns the land—often national parks and forests—to recreate (permits are crucial because the most pristine places need the most protection in order to keep inspiring nature lovers!).

Here are some interesting things you might not know about Rocky Mountain National Park, where our Colorado Explorer trips spend a few days backpacking and summiting 12,720-foot Hallett Peak and Flattop Mountain.

1. The Continental Divide of the Americas runs through Rocky Mountain National Park. A continental divide is a natural land feature that separates watersheds—rain that falls on the western side of the Rockies flows towards the Pacific Ocean, while rainfall on the eastern side flows towards the Atlantic Ocean or the Gulf of Mexico! Try it out on this neat map by dropping a raindrop in Grand Lake (west side) or Estes Park (east side).

2. If you’re extra curious, the Continental Divide Trail (or CDT) is a 3,100-mile trail that traverses the spine of the Rockies and is popular for thru-hiking. The CDT is part of the “Triple Crown” of hiking trails, along with the Pacific Crest Trail and Appalachian Trail. All three are National Scenic Trails, which means that they are designated outstanding natural areas with additional environmental protections. Lots of AT instructors have hiked these trails!

3. A number of trails in the park, including the Tonahutu Trail (where many AT groups backpack), were originally used by the native inhabitants of the land. The two major tribes in the area were the Ute and the Arapaho, whose main lands were separated by the Continental Divide but who competed for hunting territory in the mountains. They were hunter-gatherers who moved between grassy plains and higher elevations in search of larger animals.

4. Glaciers played a huge role in the formation of the steep peaks and valleys that characterize the park today. A glacier is a large chunk of snow and ice that doesn’t completely melt during the warmer months, and is so heavy that it constantly shifts downhill. Rocks picked up by the slow-moving ice scrape against the ground under and beside the glacier, carving out valleys over long periods of time.

5. All of the glaciers in Rocky Mountain National Park are cirque glaciers, which are the small leftovers of much larger glaciers from long ago. But the glacial habitat is just one of four found in the park. The montane ecosystem is defined by meadows and hills and supports a wide variety of plants and animals; subalpine forests consist mostly of evergreen trees and host beautiful lakes and wildflower patches; and the alpine tundra ecosystem allows only the hardiest of plants to survive harsh temperatures and weather conditions.

6. A single step can destroy hundreds of years of plant growth in alpine environments. On any AT trip, you’ll learn about the principles of Leave No Trace hiking and camping. In the alpine areas of the Rocky Mountains, many of the plants able to survive extreme cold and high winds grow very close to the ground and are quite fragile. It is extra important to stay on established trails so that our feet don’t squish and damage these plants and the soil they grow in. 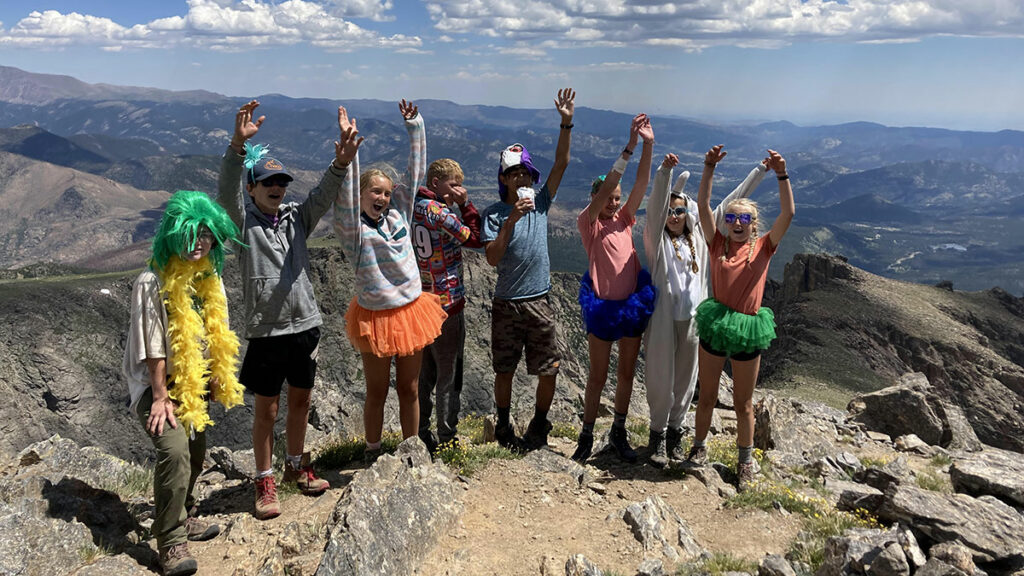 7. Rocky Mountain National Park is known for big animals: Moose, elk, bighorn sheep, black bears, mountain lions, and deer are some of the largest. The park is likely to pop up on lists of the best places to view wildlife because these big species are so visible, but there are a whole host of tiny animals in the park as well…

8. … Such as the pika! Pikas live in the alpine tundra ecosystem and look like wild hamsters. These tiny mammals call and sing to each other across their territory, so they are more likely to be heard by humans than seen. Pikas are considered an “indicator species” for climate change because they are so well adapted to the cold that they cannot survive in warm temperatures. The National Park Service is monitoring pika populations in Rocky Mountain National Park to see whether rising global temperatures is affecting them.

9. Longs Peak is the highest point in Rocky Mountain National Park, though it doesn’t actually make the top 10 highest peaks in Colorado! Climbing to the top is a true mountaineering adventure–usually, even in the height of summer, the summit is covered in snow and ice and requires snow tools to climb!

10. In 2009, most of the park became a designated wilderness area, meaning that extra precautions are taken to make sure it is not permanently impacted by humans. As long as good ethical practices are used, people can still visit the furthest reaches of the wilderness to experience solitude within the beautiful landscapes that Rocky Mountain National Park has to offer.