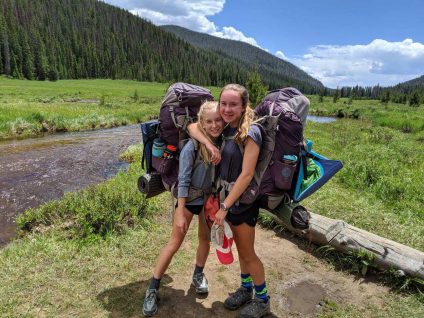 During my childhood, I often watched my dad, uncles, grandfathers, and male cousins head off for weekend camping trips and annual deer camps. They spent their days outside or in a rustic cabin, building fires, cooking meals over a fire, using outhouses, and “roughin’ it.” My brother taught me the knots and outdoor skills he learned as a Boy Scout. I watched movies like Jeremiah Johnson, Old Yeller, My Side of the Mountain, Far From Home, Cast Away, and Alone in the Wilderness—movies featuring men and young boys who freely explored the land around them, possessing the skills to survive in remote wilderness areas.

As a teenager and throughout college, I badly wanted to experience that freedom to explore, to have the confidence to have adventures, and to thrive in the exciting, unknown outdoors. Movies like Touching the Void, Grizzly Man, Into the Wild, The Way, 180 Degrees South, 127 hours, and The Grey—another handful of films featuring men exploring the outdoors—gave me pangs of desire, made me feel that I must do or be something more than I was at the time, and take grandeur adventures and truly “live.”

I’d never seen a female lead one of these movies’ plots, and none of my friends were having these experiences. At the time, I felt incapable of any type of outdoor adventure. 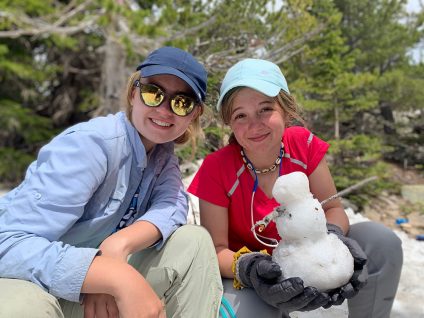 Imagine if that’s where my story stopped. Really—take a moment to think about that. A female-identifying child who grew up watching movies showing only men in the outdoors, telling us only men were capable of this type of survival and independence. She had only men as her role models. She was telling herself she was not capable of achieving a goal, of obtaining adventure in the outdoors.

Unfortunately, that is the reality for many young girls and teens. Thankfully, my family recognized the positive power of the outdoors, and throughout my teen years, I attended a summer camp and went on backpacking, kayaking, and canoeing trips led by female counselors. I was a sponge, soaking up their skills, resilience, strength, and independence. My confidence grew by leaps and bounds, and I realized how capable I actually was by facing challenges in the outdoors—bad weather, taking wrong turns, minor injuries—and I learned how to adapt and overcome.

Those early female role models inspired me to become a trip leader for that summer camp. When I graduated college, I set out to complete another goal: a solo thru-hike of the 2,186-mile Appalachian Trail (read about what I learned during that hike here). After my thru-hike, I settled into an office job I thought I was supposed to have, the kind your parents want to tell their friends about, and I got comfortable. Then professionally removed from the outdoors, I used all my paid time off on backpacking trips, seeking that feeling of confidence and fulfillment that I lacked at work. 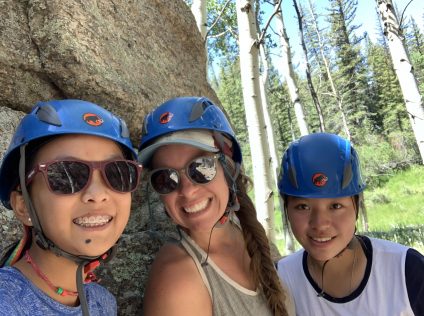 Eventually, when the realization hit that I was happiest working with youth in the outdoors, I came to Adventure Treks. This is what has made me happy and provided fulfillment: helping create an environment where confidence grew in a way that is difficult to find amid all the pressures of teenage life.

I came across this great article by J.S. Kovach at Utah Valley University recently, :

“The potential benefits of participating in physical activity in the outdoors are known to be highly therapeutic and empowering. The last two decades have seen an increase in outdoor recreation research focusing on the social, mental, and physical implications for women in particular (Bosteder & Appleby, 2015). Inequities regarding participation in outdoor recreational activities exist between men and women, and women face constraints unique to their gender. These constraints include but are not limited to: societal and behavioral expectations, perceived low body image, self-consciousness, misrepresentation in the media, and a lack of appropriate gear designed for women…”

“… When women are able to overcome these barriers or even simply dare to step into a canoe in the outdoors (as an example), research has found that positive outdoor recreational experiences dramatically increase a woman’s self-valuation, self-confidence, and belief in her ability to lead.” 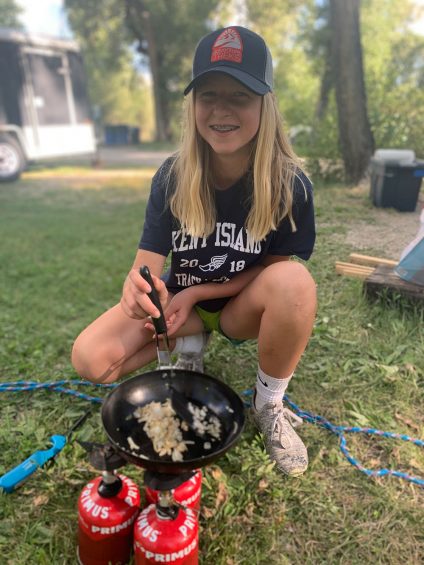 Other studies have shown that the majority of individuals who engage in outdoor recreation, regardless of their initial level of perceived body image, experience an improvement of self-value and positive body image. In Kovach’s study, “persistence in making and pursuing personal goals can influence potential implications for a female participant, including a recognition that her body is strong, that she is capable and competent, and that positive body perception is important.” In other words, outdoor activity makes a huge difference in empowering women and girls and how they see themselves and their abilities.

At Adventure Treks, we see this firsthand in our students; in fact, it’s one of the best parts of being an instructor. We get to see a total transformation in spirit and mindset as students start to believe in themselves as they rock climb, backpack, or mountain bike for the first time. Of course, we see this in all of our students, but it’s especially impactful in our female-identifying students in a male-dominated industry.

Beyond witnessing their growth, seeing students recognize that transformation in their end-of-trip evaluations is simply incredible. Year after year, student say they:

Without a doubt, participation in outdoor recreation (and an Adventure Treks trip!) increases a girl’s self-confidence. As a result, these girls develop a belief in their ability to attain and excel in new challenges and leadership roles. Most important, they dare to believe in their ability to succeed in other aspects of life for years to come.