A Little Boredom is a Good Thing 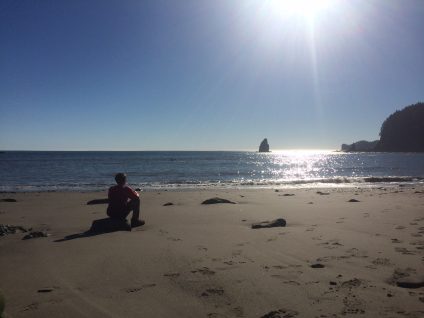 I grew up with six siblings, and when you said you were bored, you stood a good chance of having to get a job. We didn’t have cell phones, laptops, or more than three channels on our TV, which made unstructured playtime a completely different ballgame than what kids are used to this electronics-filled era. These days, we rarely hear “I’m bored” uttered from our kids’ mouths; the second they need something to do, they reach for their phones and tablets—a giant arsenal of immediate entertainment, right in their pockets. Plus, our kids’ lives are so jam-packed with academics, athletics, and clubs that they rarely have time (or the motivation) to simply be left alone.

In fact, in a study published in Science magazine, researchers found that rather than be left alone with their thoughts for six to 15 minutes, participants would rather be administered a mild electric shock! 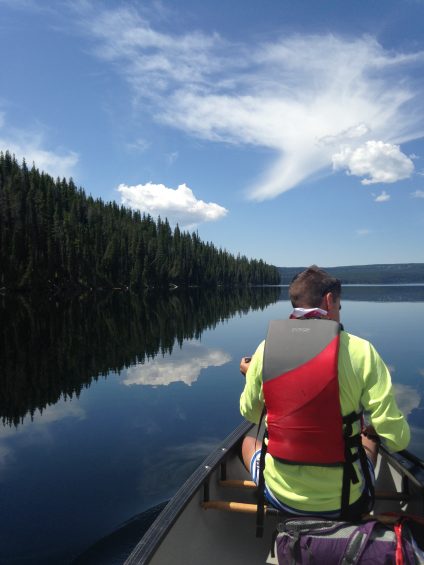 According to many experts, children need to be bored in order to let their creativity soar. Sandi Mann and Rebekah Cadman of the University of Central Lancashire in the UK found that “boring activities resulted in increased creativity and that boring reading activities lead to more creativity in some circumstances (such as convergent tasks) than boring written activities.” The creative process contributes to development and growth—when your brain is busy solving problems, it is in higher gear, maneuvering and filling with new and creative energies. Without that blank slate (i.e., boredom), it’s harder to come up with original ideas. And without some unstructured time, it’s harder for the mind to rest. If we are constantly simulated, we don’t have time to recharge. Much like when we sleep, boredom helps us refresh our minds.

At Adventure Treks, we’ve never heard, “I was bored on my Adventure Treks trip and didn’t have anything to do.” One thing we do hear all the time is how surprised students are at how much fun they have in the backcountry. Yes, we have specific activities like hiking, biking, rock climbing—but there’s also a large portion of the time when we’re hanging out in the woods, with no distractions except our silly selves. Without phones, we rely on our social skills and creativity to pass the time and make it fun. Ask your student to name three Adventure Treks games, and I’ll bet you’ll hear at least five! That’s another reason students come home so much more confident for the school year ahead; they’ve boosted their social skills over the summer, and they’re more ready to handle any social situation that comes their way, without the crutch of their phone.

Before my children had phones, anytime we were in the car together, we would play games—for example, counting animals during the drive to school. We had moved from a larger city, and we were so excited about all the cows, dogs, horses, deer, bunnies, chipmunks, squirrels, chickens, cats, and birds we’d see on a daily basis. It was engaging and fun, and we were all invested together. Now, even though we’re all still living under the same roof, it seems as though we catch up on Snapchat more often than in person. 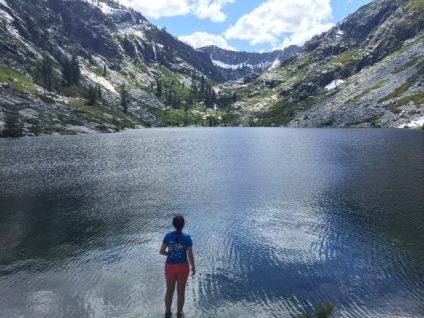 Many positive benefits have been credited with allowing boredom into your life: more productivity, increased goals, greater awareness of your community. Of course, it’s tough for kids to find the time (and motivation) to unplug and allow their minds to simply wander. While researching for this blog, I set aside a small amount of time a few times a week to sit quietly on my porch with no task or electronics. It was hard at first—I would notice yard work or cobwebs and feel compelled to “fix everything.” It became easier with practice, and I did notice my thoughts shifting to appreciating the small things, like how beautifully blue the sky was, or to reminding myself to catch up with folks that were not in my day-to-day life.

I’ve encouraged my children to do the same thing: turn phones off, step outside of themselves, and provide a little space to allow boredom. By modeling it, my kids took a greater interest in the prospect after noticing the positive benefits I’ve received. While it’s not always easy in practice, they actually enjoyed some downtime! We are starting to embrace the idea of boredom, instead of reject it.