Nature is the Antidote to Video Game Addiction 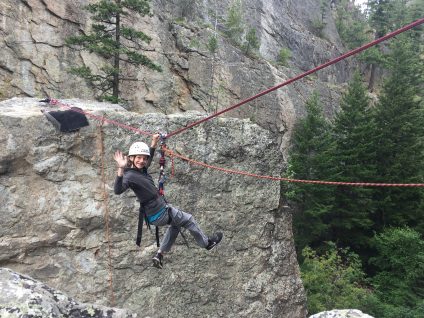 The sun rises above the snow-capped mountains in brilliant hues of pink, orange, and purple. You get off your horse to take in the breathtaking scenery, hear the roar of a river below, and see the outline of a herd of elk in the distance. The birds begin to chirp louder as the sun rises higher. A golden eagle flies overhead. You take a deep breath, feeling accomplished for making it so far in this rugged terrain.

BEEP BEEP BEEP! The sound jolts you out of your peaceful daze. “REMOTE CONTROL BATTERIES LOW” flashes on the screen. The tranquil scene vanishes from the screen as the video game warns of impending dead battery doom.

I recently came across an article from Outside that reiterated an article Dock wrote a few years ago about video games and what makes them so captivating. As technology, faster internet, and budgets continue to grow, “today’s games are cinematic artworks,” writes Outside’s David Kushner. “They enable players from around the world to share digital adventures that are so immersive, so full of surprise and delight and realistic living things, that they can fulfill the core human need to explore.” Games like Fortnite, Minecraft, League of Legends, and Red Dead Redemption 2 are more than multi-billion-dollar businesses—they are an entire way of life. (To put the games’ success in perspective, when Red Dead Redemption 2 was released, it brought in $725 million during its first weekend, beating the strongest film opening of 2018, Avengers: Infinity War, by almost $100 million.) 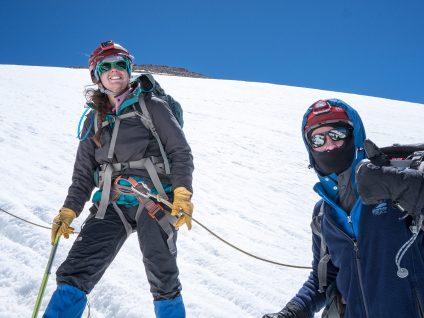 Dock’s prediction around virtual reality becoming our biggest competition seems to be coming true as studies have shown that the same parts of your brain that get stimulated during a hike can get fired up by screen time in a digital wilderness. The Outside article echoes this verdict: “New science indicates that digital adventure may be just as thrilling as the real thing. An emerging body of research suggests that these virtual worlds can stimulate the same brain activity and physiological response as offline exploration.”

While video games may not actually bring about the end of the world, it’s important for us to understand the power, appeal, and effects of time spent playing them. We must work to find a balance of enjoying video games along with physical activity in the (real) outdoors, as taking these offline journeys without ever stepping foot outside can come at a price.

Perhaps unsurprisingly, the World Health Organization has included “gaming disorder” in its International Classification of Diseases. And predictably, too much gaming can lead to health problems. The Endocrine Society found that heavy screen time and snacking can increase risk of heart disease and diabetes in teenagers. The New York Institute of Technology found that gamers who played between three and 10 hours per day reported a range of ailments, like eye fatigue and neck, back, wrist, and hand pain, and that 40 percent of these video game players “did not participate in any form of physical activity.” 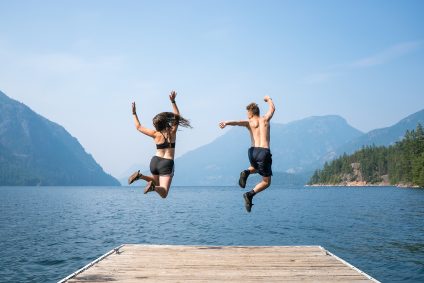 Remember when Pokemon Go exploded onto the scene? Its goal was to combine gaming with actual outdoor activity… and while valuable, it’s not enough and doesn’t provide the same value as spending screen-free time in nature. So how do we compete with the allure of the digital outdoors? Imagine if “being in nature” was prescribed by our doctors. Would this not only spread the message of the benefits of nature, but also improve the well-being of teens and society?

Doctors have been encouraging their patients to go outside for millennia. Hippocrates called walking “man’s best medicine.” Han dynasty physicians encouraged outdoor “frolicking exercises” to ward off aging. And until the mid-1940s, tuberculosis patients were sent to mountain retreats to take in the “magic airs.” There’s a grassroots movement permeating doctors’ offices across America today: Along with prescribing necessary medications to cure ailments, doctors are also prescribing spending time outside as part of their patients’ care plans. Most credit the concept to Parks Victoria in Australia, which began to link the outdoors and human health through initiatives with medical providers in the early 2000s. Soon after, the first mainstream, provider-based outdoor programs in the States started to tackle common diseases.

“Exposure to nonthreatening natural stimuli, scientists have discovered, lowers blood pressure, reduces stress-hormone levels, promotes physical healing, bolsters immune-system function, raises self-esteem, improves mood, curtails the need for painkillers, and reduces inflammation,” writes Outside’s Aaron Reuben. The theory goes that natural stimuli (like the sounds of birds and swaying branches, or the smell of pine trees, or a glimpse of a scampering chipmunk) active the “rest and digest” function, aka the parasympathetic nervous system. When children and teenagers are increasingly exposed to “threatening stimuli,” e.g. difficult homework assignments, bullying, or high-level athletic competitions, their health suffers. In this complicated and busy world, nature can actually shift our patterns of thinking, leading to a more restorative state and thus increased well-being. 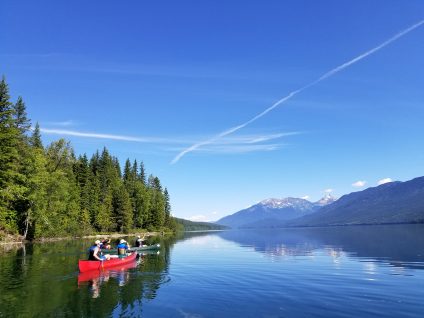 Since the mid-aughts, when the first nature-based program in the U.S. began, “the movement has exploded,” said Betty Sun, the health-program manager at the Institute at the Golden Gate National Parks Conservancy, whose mission includes coordinating knowledge-sharing within nature-prescribing programs. According to Sun’s most recent survey from July 2018, the U.S. now has 71 provider-based nature-prescription programs in 32 states, with the potential to reach hundreds of thousands of patients.

As the evidence grows, research institutes for nature and health will continue to open at major medical centers, and electronic health-record systems have begun to incorporate nature prescriptions just as they do pharmacological ones. If this continues, we may start to see more health insurance companies offering incentives for nature prescriptions. Those prescriptions take many forms, from general encouragement to get outside at least twice a week to specific instructions for activity, location, duration, and frequency. In a world where we increasingly live our lives indoors, says Robert Zarr, founder of the public-health nonprofit Park Rx America, “We are starting to think about nature not just as a place to recreate, but also as a social determinant of health.”

Hopefully we can continue to put a greater priority on getting outside more, whether it’s skating around the neighborhood, learning how to mountain bike, or joining a local hiking club. In fact, may we prescribe an Adventure Treks trip?