Reflections of an Adventure Treks Alum

When I think of Adventure Treks and its impact on my life, I think of a poem that I learned from former instructor Ben Mirkin: “Two Kinds of People” by Ella Wheeler Wilcox. I’ve copied the poem at the end of this, but—spoiler alert!—the two kinds of people are lifters and leaners.

Adventure Treks taught me to be a lifter. In the backcountry, there’s really no option to be a leaner. You have to find water or you’ll be thirsty. You have to purify the water or you’ll get sick from Giardia. You have to make shelter or you won’t have protection from the elements. In a literal sense, you carry only what you need on your back—and nothing more. The complexities of life are reduced to a handful of well-defined tasks, and if you’re part of a group it quickly becomes obvious who is pulling their weight. Adventure Treks impresses this point gently through discussions of community-building and the self-reflection of plus delta (and, more celebratory, through hat presentations), so everybody learns to do their part, and the community almost always thrives. 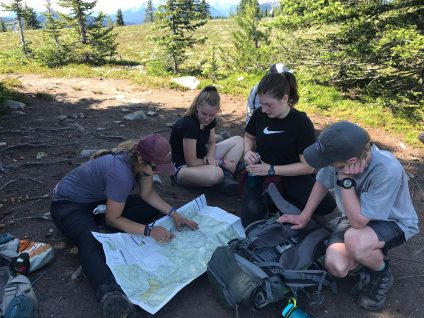 In the real world, you can get away with being a leaner. You can work just hard enough not to get fired, you can leave chores to your housemates, you can fail to engage in political and social issues (I am so guilty of that last one)… all without noticing the consequences. But a big community suffers from leaners just like a small, 30-person AT community does—with every inaction it becomes dirtier, one-sided, and harder to live in.

What’s awe-inspiring is when you’ve spent time in the wilderness and seen the instant benefit of a community filled with lifters. There’s a big difference between doing just enough work to get to your campsite on time, and everyone pitching in so that you can get to your campsite early, set up tents and drop off gear, hike up a nearby peak, and have evening meeting with a Skittles game in front of a sunset. After experiencing the power of an AT community, it becomes much easier and more gratifying to build your community in real life.

AT gave me a lifelong love of the outdoors and a new set of survival skills. (Boy Scouts gave me some of the same thing, but the places I went with AT and the adventures we had were so much cooler.) I made powerful friendships, some of which I maintain to this day. I learned to value work-life balance, and I have managed to move to Vermont, get a flexible job (I’m a self-employed structural engineer), ski a ton, and choose a life partner whose values match mine. My life is immeasurably better thanks to AT… and I hope Adventure Treks is still around in about 12 years so they can have the same life-changing impact for my baby boy as they did for me! 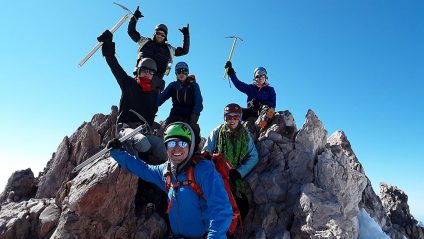 Not the sinner and saint, for it’s well understood
The good are half bad and the bad are half good.

Not the rich and the poor, for to rate a man’s wealth,
You must first know the state of his conscience and health.

Not the humble and proud, for in life’s little span,
Who puts on vain airs, is not counted a man. 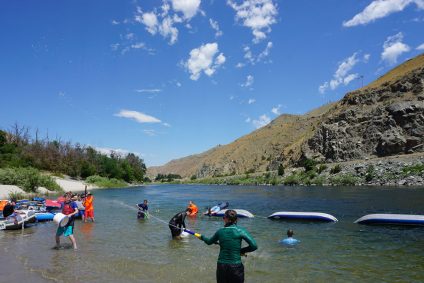 Wherever you go you will find the earth’s masses
Are always divided in just these two classes.

And oddly enough, you will find, too, I ween,
There’s only one lifter to twenty who lean.

In which class are you? Are you easing the load
Of overtaxed lifters who toil down the road?

Or are you a leaner who lets others bear
Your portion of labor and worry and care?