The Positive Impacts of Community Living & Outdoor Adventure on AT Kids: The Hasen Family 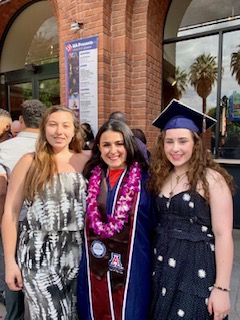 Adventure Treks is grateful to form and maintain long-term relationships with all of our families; in fact, we still keep in touch with families whose kids came to us on our very first adventures in the early 1990s! Since our inception, we’ve seen firsthand the positive impacts of outdoor adventure and community living on teenagers.

We reached out to a few families whose kids have done multiple Adventure Treks trips over the years to find out what kind of lasting impression community living and outdoor adventure have had on their kids. We were fortunate to receive many enthusiastic responses! Below, read the interview from Phyliss Hasen from College Park, GA, whose daughters Haley, Sammie, and Delaney have done a collective eight AT trips.

If you’d like to be interviewed about your family’s Adventure Treks experiences, please email Amanda at amanda@adventuretreks.com—we’d be happy to hear from you!

How has Adventure Treks impacted your family? 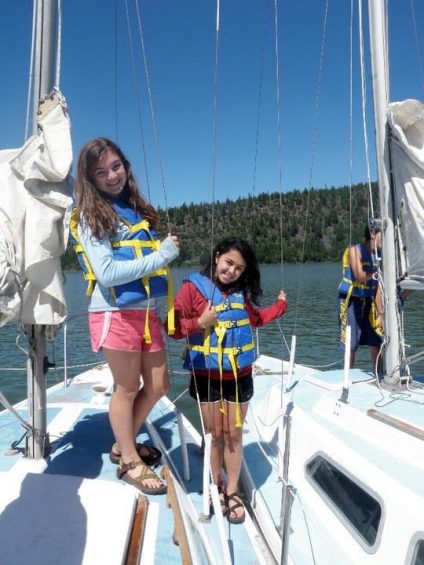 Ten years ago this summer, we sent Haley to California for her first Adventure Treks summer. We had really no idea what the program was about, but we knew it was a place for her to disconnect, not worry about the drama of school, not worry about how you look, and make some real friends that didn’t judge you based on your “cool factor”—a place where Haley could just be herself.

I think it was a relief for her. She had more girl drama at home than any of my other girls. Back then I was one of those mothers constantly worrying and doing way too much hovering. I think both of us learned a lot that summer. Although because of competitive cheerleading Haley could not take another trip, I still loved everything that Adventure Treks stood for and wanted my other kids to have the same experience.

Sammie started the following year with her first AT trip. She was homesick for the first few days, but [the director] Dmac was a life-saver. As he had done with Haley the previous year, he talked me off the ledge with Sammie, too. I remember Dmac telling me to let go and disconnect a little from Sammie. Two weeks later, Sammie was crying because she didn’t want to come home. She had found “her place” and met “her people.”

Sammie went every summer, all the way through to Leadership Summit, and there is no way for me to explain in words the impact that these trips and the AT family had on her. So much about the incredible young woman that she has become is due to all she learned and experienced at AT. She really tested her limits there; surrounded by great staff and kids, she saw that she was stronger than she ever could have realized. 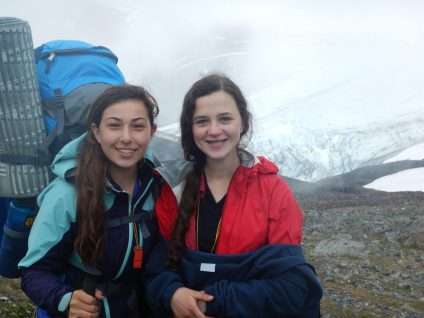 Interestingly enough, she still keeps in touch with her crew. She was roommates with another former AT kid, Lucy, this year at Georgia Tech. She has visited AT friends all over the country over the years, and she still speaks to and visits these kids. We went to Colorado for Chief’s (aka Stacy’s) wedding.

Haley and Sammie miss being at a place where they can be themselves, where they don’t have to think about anything but being outdoors and experiencing nature, challenging themselves to do things that they have never done. To this day, Sammie still challenges herself to reach new goals every day.

What advice do you have for first-time AT parents?

The best advice that I can give is to let go and trust that there is nowhere else your child could be that will make them more compassionate about the environment and human beings. There is nowhere else that they could be that will challenge them to push themselves further than they ever thought possible—but at the same time know that if they can’t go any further, it’s OK. They are always safe, and I promise you that when the trip is over, they will be counting down until next summer when they can do it all over again.

If you could do an AT trip, what trip would you do and why? 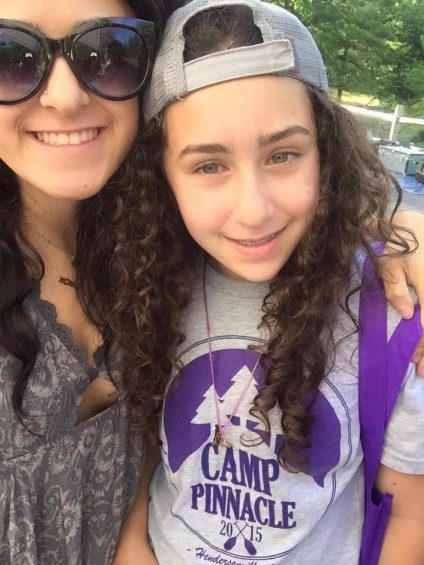 I would have to say Ultimate Northwest. (Of course, I am assuming that I physically could handle the trip.) That trip changed Sammie’s life. She would say Leadership Summit was her favorite and most challenging, but the trip that changed her the most was Ultimate Northwest. I would most look forward to summiting Mt. Adams. The pride that Sammie had when she reached the top is something I will remember forever. Those pictures that were in the AT trip blog will be in my mind for the rest of my life.

There isn’t a day that goes by where I don’t think about everyone who’s been a part of our AT family. On a separate note, Delaney still speaks to the first counselor that she ever had at Camp Pinnacle, and after her two AT trips, she had us visit camp to say hi to everyone. Camp Pinnacle is her home. Her room is decorated with camp pictures, and her three-year paddle is hung up on her wall. She still sleeps with her five-year blanket.

She started with Camp Pinnacle the first year it opened, and when she finally went on to her AT trips she was so excited. Although competitive cheer also took her away from AT, her seven years as a part of the entire CP and AT family has taught her so much about life and who she is as a person. Those trips and the time spent at CP defined her in the most positive way possible. Dock and everyone at CP and AT will forever be in all of our hearts. I thank all of you!