An interesting theme sprouted up this month when I asked our team to recommend some of their favorite books! The stories of all three of the titles listed below circulate around environmental action, though the message is incorporated in diverse ways. Braiding Sweetgrass is non-fiction with a focus on indigenous knowledge, The Overstory is solemn and conspicuous in its argument for the preservation of forests, and Project Hail Mary is a surprisingly intricate take on climate change through the lens of digestible science fiction. Stay tuned for “What We’re Reading: Part 2” for more recommendations! 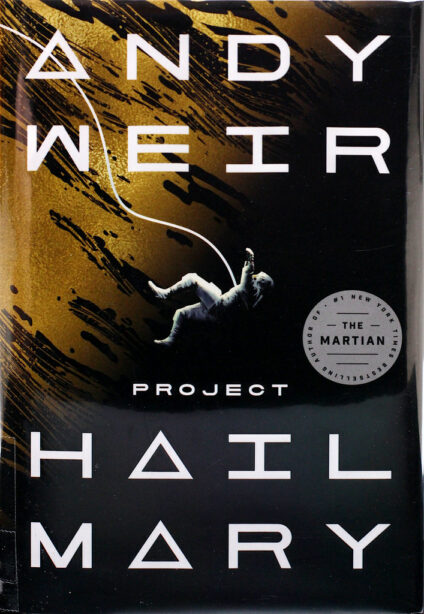 “I waited six months to download Project Hail Mary, by Andy Weir, in my library app. Having read his other two novels, The Martian and Artemis, I was curious to discover what his newest sci-fi adventure would entail. I don’t like spoilers, so I didn’t read reviews beforehand and dove in with no preconceived notions. (Sort of like how we ask students not to look each other up on social media before they meet for the first time at AT…) I won’t give away the plot here, but suffice it to say that even with a lack of character development, somewhat tired trope, and too much exposition in the first few chapters, I couldn’t put the book down.

So without sharing plot twists, I’ll instead share how I thought the book relates to the Adventure Treks experience. (Yes, I found a parallel between alien life and AT… sort of.) It’s quite simple: A challenge is presented that requires nothing less than teamwork, compromise, humility, and a unified stance to solve. The challenge in the book has the ability to destroy humankind—it’s quite dramatic, though the book’s urgent dilemma will probably evoke your own emotions regarding our climate crisis or politically divisive world anyway.

But to pull it back to AT, the book’s characters (including a few you really don’t see coming) must use extraordinary critical thinking and math and science skills (shout out to our STEM students) and put the good of humankind over their personal needs in order to save not only Earth, but other worlds as well. The characters must also find common ground (which in the plot seems literally impossible at first) and build relationships upon trust—which truly becomes the driver of the plot near the end of the story. It’s really about facing adversity (one that threatens more than our small perspectives) with resilience and a team of friends standing next to you.” 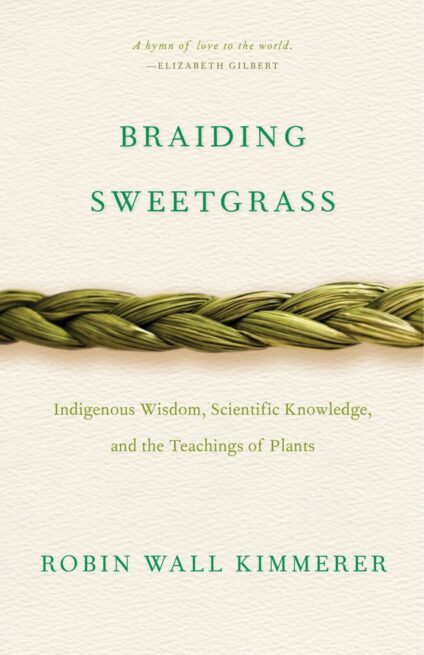 “Robin Wall Kimmerer is a botanist, educator, and member of the Citizen Potawatomi Nation. Like the actual braiding of sweetgrass, Robin weaves together the perspectives of analytical science, native traditions and ways of thinking, and stories from her personal life. She discusses the wider ecological context that includes humans as a part of nature and pushes the reader to reimagine what our relationship to the other species and processes of this Earth could be. She emphasizes the idea that nature can be our teacher just as much as books or lessons.

One of the things I found so powerful about this book is how she frames the issues of climate change, pollution, and ecological disaster through the lens of better options, things that have worked, and ways of relating to the natural world that are not exploitative. As someone who cares about the natural world, I often find myself only focusing on the negative impacts of humans on the planet and not examples of responsible land stewardship. She beautifully balances humanity’s destructive industrial past with the “social imagination” for healing and reconstruction, and this manages to be a book about climate change that leaves you feeling hopeful, which I have found rare.

Though it is science-focused, the writing style is almost more poetry than prose. It uses the author’s life experience and tribal heritage to add context and color to the science she lays out. She uses the facts about the behavior of strawberries, pecans, cattails, salamanders, maples, and sweetgrass to draw larger lessons for society as a whole. I find myself enjoying the fun facts as much as the epiphanies about human nature. Braiding Sweetgrass manages to be simultaneously highly informative and breathtakingly beautiful. I listened to this book as an audiobook, read by the author, and hearing the tone and cadence of her reading (as well as correct pronunciation of the scientific and Potowatomi words) made this a book I kept coming back to.” 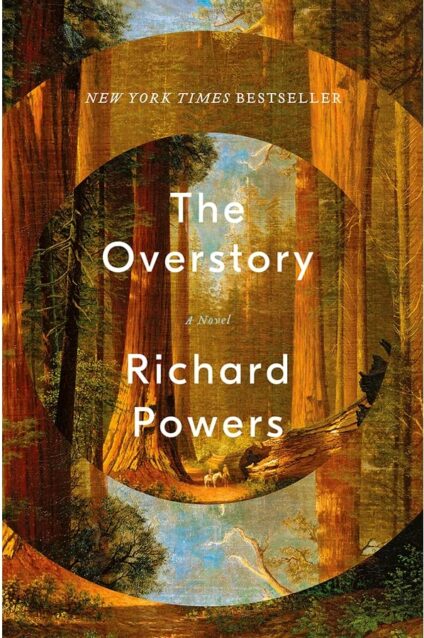 “The Overstory is an epic tome of mystical, winding stories and captivating writing. Small spoiler alert: most of these stories are sort of sad! This is a book about trees, humans, and the connections between the two—in some moments I was in awe of the magical properties of the most mundane natural cycles, and other times I found myself tearing up alongside the characters who fight for the preservation of forests.

Told through the interwoven perspectives of almost too many characters, this book navigates from sentimental to activistic with little space in between. One of the most fascinating stories is of a couple of activists who choose to live in the canopy of a redwood tree in order to protect it from being cut down. Powers shares incredible facts about these extra-tall trees. There are a variety of animals and plants (mostly mosses and fungi) that only exist high up in the redwoods and never touch the ground! (Side note, if you read this book, you should definitely hop on California Adventure or California Challenge and see one of these massive trees in person!)

Four distinct sections titled Roots, Trunk, Crown, and Seeds allow the reader to grow along with a tree’s cycle of life as the plot treads along below. When I start a book, I generally finish it within a couple of days, but with this one, I was reading for weeks! It’s dense and also beautiful, slow, and gripping. I absolutely recommend it, and recommend that readers take their time.”