10 Things You Didn’t Know about the Salmon River

The Yellowstone Teton Adventure might start in the two national parks that give the trip its name, but the second half of the adventure involves a multi-day raft trip on the Salmon River. This section of river is so popular with rafters and kayakers that there is a lottery system that awards permits to a limited number of floaters each year.

Here are some of the things that make this trip such an awesome experience:

1. The Salmon River is 125 miles long. As one of the original eight rivers protected by the Wild and Scenic Rivers Act in 1968, 79 miles are designated “wild” river, and 46 as “recreational.” The “wild” miles are not accessible by road and draw from an unpolluted and undeveloped watershed.

3. What an imposing title! This river has traditionally been a one-way passage, due to the frequency and difficulty of the rapids. There are now boats that can successfully navigate upstream, but for most of its history, once someone floated down the Salmon, they didn’t return (at least by water). 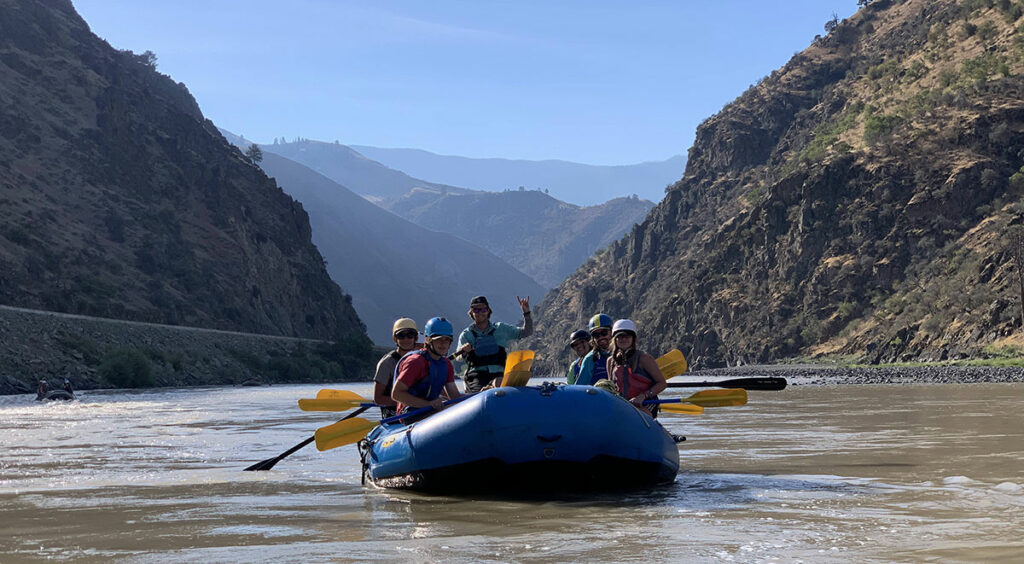 4. Traditional landowners in the Salmon River watershed include Nez Perce, Shoshone, and Flathead tribes. These peoples were semi-nomadic hunter-gatherers who regarded the Salmon as a sacred place and valuable food source. One important thing to know about the Nez Perce tribe is that they call themselves Nimipuu—the name most people now know them by was given by French Canadian traders and means “pierced nose,” although the tribe never practiced body piercing.

5. Do you remember learning about Sacagawea in history class? She was a very young Shoshone woman who aided Lewis and Clark’s expedition to the Pacific Ocean, and she grew up near the Salmon River. Her story has been rewritten to cast her as a Native American “princess,” but her skills as a naturalist, translator, and navigator are what actually make her legendary. 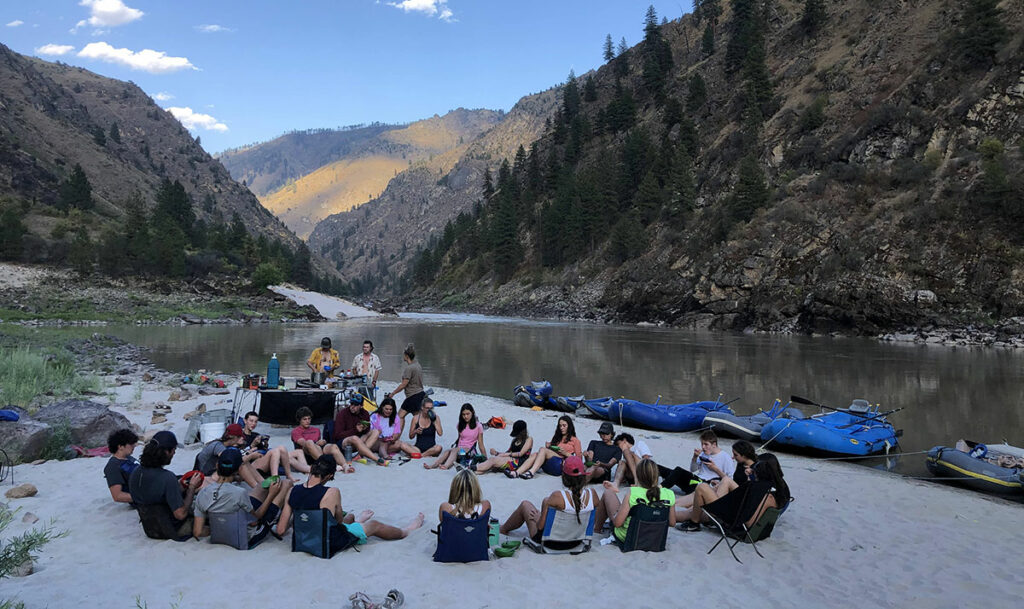 7. Canyons are formed by a river eroding through many layers of rock. In the case of the Salmon, much of the rock is gneiss, schist, and quartzite, and the oldest of these rocks were formed about 1.5 billion years ago. The canyon was formed 35 to 45 million years ago as the Salmon started to wind its way across and through the area’s interesting geology.

9. You probably won’t be surprised to learn that Chinook salmon live in this river. Salmon return to the place where they hatched to spawn, so if a fish is born in the Rocky Mountains of Idaho in the Salmon River, it swims all the way to the sea and then back to reproduce. Salmon are endangered here, and in most rivers where they live, hydroelectric dams block their ability to swim upstream.

10. Finally, one neat addition to a Salmon River rafting trip is the ability to soak in natural hot springs! Students might not have time to stop and hang out on every trip, but the Salmon runs along a geothermal hot zone, resulting in multiple pools and even waterfalls of hot water alongside the river’s cool flow.