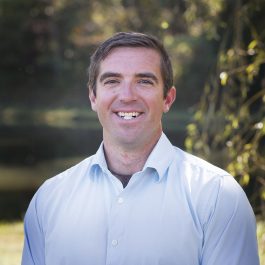 Dave, or “Dmac,” has been with Adventure Treks since 2006. Originally from western North Carolina, he grew up going to summer camps in the area. He attended the University of Tennessee and earned a bachelor’s degree in human ecology, and then a master’s degree in recreation and leisure studies. After graduate school, Dmac came back to the Blue Ridge Mountains to be the associate director of Camp Arrowhead; he also spent time working for the Multnomah Education Service District Outdoor School in Oregon. He went on to work for a non-profit in Maine providing after-school programming for middle and high schoolers, focusing on outdoor adventure, community service, and life skills.

Dmac is the president of the board for the America Outdoors Association, a graduate of the National Outdoor Leadership School, and a wilderness first responder. He has explored the outdoors of Italy, Thailand, Vietnam, Nepal, France, Germany, Australia, and many more. In his free time, Dmac can often be found mountain biking in western North Carolina’s forests.